The value of gold coins is often closely linked to the current price of gold, but their monetary value and availability also play important roles. However, in many cases today, it is the weight of the gold that determines its price, since high gold prices have, in many cases, surpassed the coins’ monetary value. Just like gold bars, gold coins are notorious for their stable value, thanks to the precious metal from which they’re made. For this reason, they are considered one of the most secure investments available. As with gold bars, gold coins as investments are exempt from VAT.

The popularity and origin of gold

The famous Krugerrand gold coin, with its characteristic springbok, was first minted in 1967. It contains 1 troy ounce of gold (31.1 g). Despite its controversial origins in apartheid-era South Africa, the coin started an investment coin trend, and is often referred to as “the grandfather of gold coins”. The success of the Krugerrand spawned a whole wave of gold coins, such as the Canadian Maple Leaf, the American Eagle, the Vienna Philharmonic, and others. New investment coins are still appearing. Most recently, to celebrate the Krugerrand’s 50-year anniversary, Rand Refinery has minted a limited-edition silver coin for the very first time, in a production run of 1 million pieces.

Coins are invariably a good investment, since they can be exchanged by thousands of coin traders, financial institutions, and investors around the world.

Gold is an investment, whether it’s in the form of coins, bars, or certificates. Investment experts recommend diversifying investments, and physical gold is considered a secure asset for your portfolio, whether in the form of gold bars or gold coins, since its price has been increasing almost non-stop since 2001.

At Nyfortuna, you can find a large selection of mint-condition gold coins and bars in our online shop to purchase as investments, with immediate delivery. You can also find circulated coins, delivered as they become available.

All investment coins and bars are exempt from VAT. 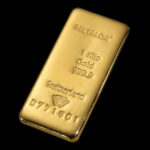 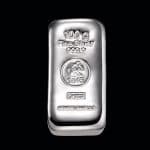 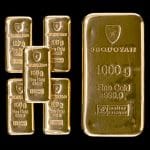